Skip to Content
Home Featured Which BMW 3 Series is the Best? 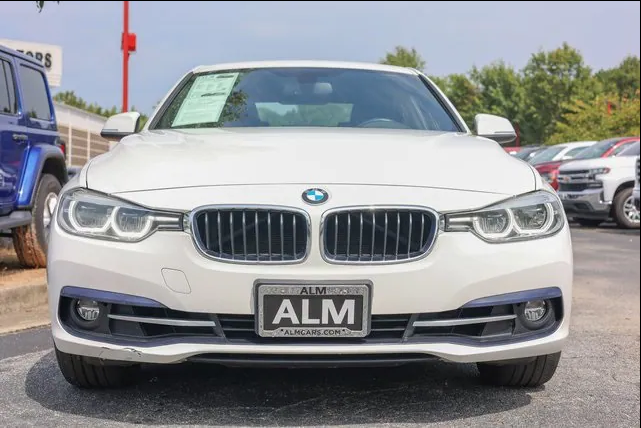 Since 1975, Giant German automaker BMW has been making the BMW 3 Series. This executive car line, which succeeds the 1966-1977 BMW 02 Series, is about class, comfort, style, and performance.

In terms of engine type, these cars come with 4-cylinder turbocharged engines with a horsepower output of up to 250HP. And when it comes to gas mileage, you can get up to 36MPG on highways and about 26MPG on regular urban roads from its recent editions.

Their highlights, however, are their safety features. BMW 3 Series come with the most advanced safety features such as evasion-assist, lane-keep assist, emergency stop assist, adaptive headlight, and automotive parking assists, among many others.

Overall, there are so many unique features that come with BMW 3, and the best part is that there are several trims to choose from. So, how do you decide which one is the best? Well, below are 4 of the best BMW 3 Series cars for your consideration:

Both versions are all about comfort, and you can tell that from their leather steering wheel and shift knob, four-wheel suspension, and air conditioning.

These cars’ looks and build quality are top-notch. They have a stunning interior with powerful infotainment features.

BMW 320i is also pretty fast, given that the most recent models can hit up to 148mph. More importantly, the series has amazing safety specs. You can count on its ABS brakes, impact airbags, traffic control, a panic alarm, knee airbags, and ignition disable to stay safe on the road.

Dating to 2007, the BMW 328i is another prestigious car with lots of characters. This series’s 2015 and 2016 versions are known for their split-folding rear seats, auto temperature control, speed-sensitive, rain-sensing wipers, and front dual-zone arc.

Plus, they feature a 2.0l 1-4 engine, and the best part is that these new models are all-wheel drive. Unlike BMW 320i, BMW 328i comes with a 6-speed manual system with a no-cost automatic transmission option.

BMW 328i comes either as BMW 328i Sedan or BMW 328i X-Drive Sulev GT. BMW 328i is an all-rounder, which you can rely on more in extreme conditions. Overall, BMW remains true to its origin with the BMW 328i line. This sedan’s interior enjoys a soft-touch finish, which places it a level above the rest.

Speed-wise, this car is the benchmark when you consider that its 2019 version can hit a top speed of 155mph. Its 2.0l 4-cylinder turbocharged engine produces up to 225 horsepower (still speaking about the 2019 version).

Overall, the BMW 3 is all about convenience. The 5-seater series come with the coolest features you expect from a prestigious BMW line. That includes air conditioning, power moon roof and windows, memory seat, emergency communication, telescoping steering wheel, and speed control.

BMW 330e is one of the recent releases in the BMW 3 Series line. These 2016-2019 editions are a perfect definition of prestige, comfort, and class.

Expectedly, the series comes with a 5-seat capacity, rear-wheel drivetrain, 8-speed automatic transmission system, and 2.0l 1-4 cylinder engine. The recent version (2021 edition) enjoys a horsepower output of up to 184HP and torque power of 215 pounds.

On its external are heated, auto-dimming, and power door mirrors, and some of its convenience features include a memory seat, speed control, front-dual zone AC, illuminated entry, telescoping steering wheel, to name a few.

BMW 330e is generally all about speed, energy efficiency, convenience, and comfort. Not only does it come with 8-speed automatic transmission, but it also enjoys a horsepower of up to 180hp and rear-wheel drive.

BMW 330i is a 2000 edition that promises power and performance with its line-up of rich features. Its standard specs include a turbocharged 4-cylinder engine, 14-way power-adjustable front seats, leather upholstery, moon roof, and tri-zone auto climate control.

And when it comes to the infotainments, the 2021 edition comes with a 10-speaker stereo, Android Auto, Apple Car Play, HD Radio, USB ports, and Bluetooth connectivity.

The 2018 version doesn’t disappoint, either, with its automatic temperature control, wireless phone connectivity, speed-sensitive and rain-sensing wipers, and front dual-zone AC. You’ll also get convenient features like a moon roof, power windows, and speed control, just like the 2021 model.

But overall, the two versions are impressive in every way. They enjoy amazing specs like lumbar support, keyless entry, and ambient lighting – things you don’t find in every BMW 3 Series. They generally make the BMW 330i one of the most prestigious vehicles on BMW’s ladder.

Are you ready to check out the most available BMW 3 series? Then visit us at ALM Cars today to see our line-up of the above series and many others. Our inventory currently features over 4,000 used bmw brooklyn ny and new cars of different makes such as Porsche, Mercedes Benz, Land Rover, Ford, Audi, and BMW, among many others. We’ve been serving the greater metro Atlanta region, and we are generally known for offering the best executive cars at reasonable prices.